MASA: a multi-platform architecture for sequence aligners with block pruning 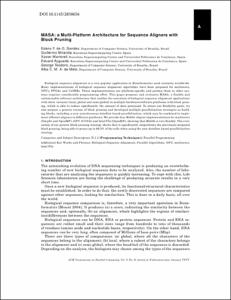