A Characterization of universal stability in the adversarial queuing model 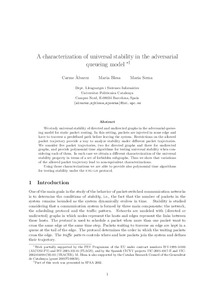