Contribution of EARLINET/ACTRIS to the summer 2013 special observing period of the ChArMEx project: monitoring of a Saharan dust event over the western and central Mediterranean 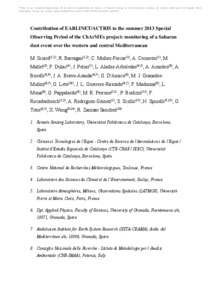