On the complexity of game isomorphism 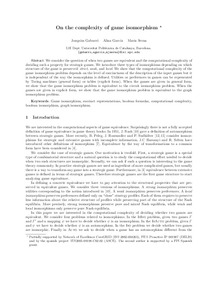