On the parallel approximability of some classes of quadratic programming 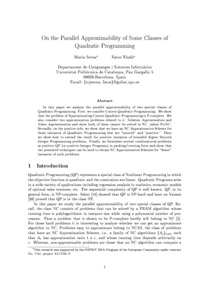