Statistical distribution of elapsed times and distances of seismic events: the case of the Southern Spain seismic catalogue 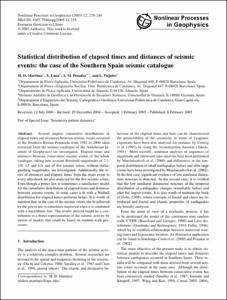