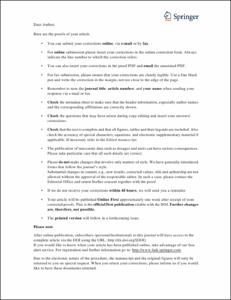 This work is focused on evaluating the direct electrochemical effect of semi-conducting nanocrystals when they are integrated in bulky nanocomposite sensors based on multiwalled carbon nanotubes (MWCNTs). For this aim, MWCNTs have successfully been functionalized with CdS quantum dots (CdS–QDs@MWCNTs) and then dispersed within an insulating polymeric matrix, as epoxy resin, for electroanalytical sensing purposes. After an accurate voltammetric and impedimetric characterization, some electrochemical parameters were surprisingly enhanced regarding the non-modified sensors, such as peak current height, electroactive area, and emphasizing the double-layer capacitance. These results can be explained since CdS–QDs confer to the nanocomposite sensor a microelectrode array behavior, dispersing the conductive microzones through the polymeric matrix, as revealed by morphological experiments. The feasibility of this approach was amperometrically evaluated for ascorbic acid and hydrogen peroxide, both used as reference analytes. Electroanalytical results demonstrated that this approach provides to the CdS–QDs-modified nanocomposite sensors the capability to determine low concentrations of analytes and improved sensitivities.
CitationMuñoz, J., Bastos-Arrieta, J., Muñoz, M., Muraviev, D., Céspedes, F., Baeza, M. CdS quantum dots as a scattering nanomaterial of carbon nanotubes in polymeric nanocomposite sensors for microelectrode array behavior. "Journal of Materials Science", 15 Octubre 2015, vol. 51, p. 1610-1619.
URIhttp://hdl.handle.net/2117/82842
DOI10.1007/s10853-015-9484-0
ISSN0022-2461
Publisher versionhttp://link.springer.com/article/10.1007/s10853-015-9484-0