How cities deal with climate change: From individual to collective performance 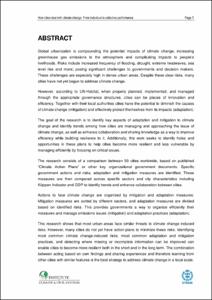