A Hyperactive End to the Atlantic Hurricane Season October–November 2020 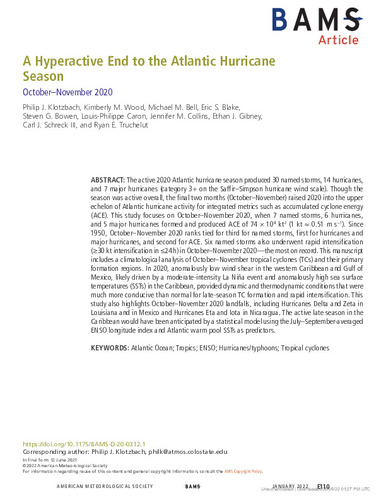