On the implementation of flux limiters in algebraic frameworks 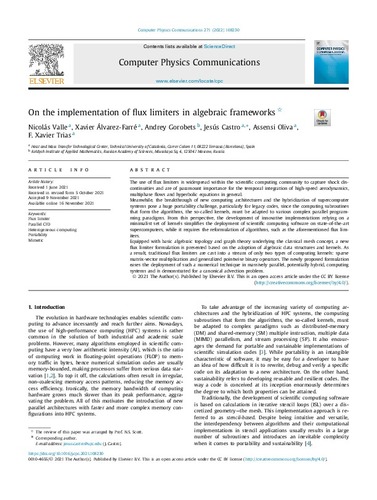 Except where otherwise noted, content on this work is licensed under a Creative Commons license : Attribution 4.0 International