Saccades and fixations in children with delayed reading skills 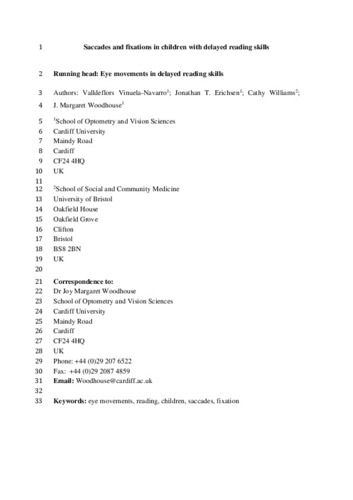