Towards the bisbenzothienocarbazole core: a route of sulfurated carbazole derivatives with assorted optoelectronic properties and applications 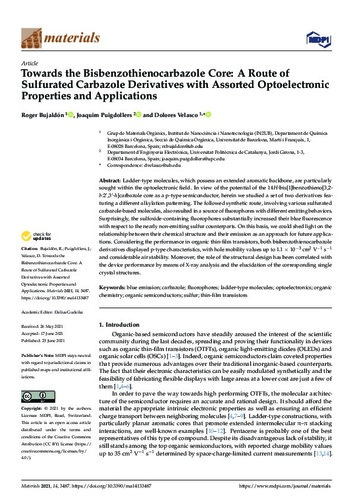