A biodegradable copolyester, poly(Butylene succinate-co-e-caprolactone), as a high efficiency matrix former for controlled release of drugs 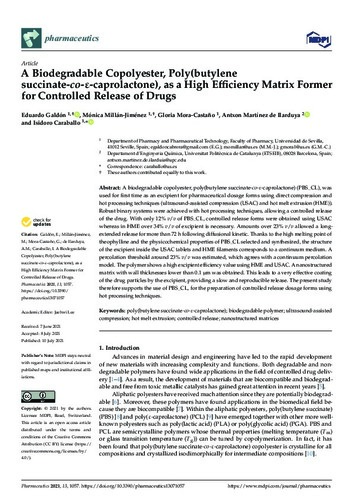