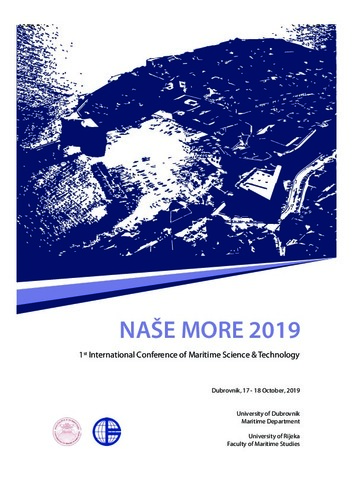 Document typeConference report
Rights accessOpen Access
Abstract
This contribution compares the parametrization of the wave effect on navigation in a weather ship routing system using three different formulations. The investigation is supported by the use of a ship routing system, the SIMROUTE software, developed to obtain the optimal route and the minimum distance route through the use of pathfinding algorithms founded on high-resolution meteo- oceanographic predictions. The formulations developed by Aertssen [1], Khokhlov (suggested by Lubkovsky [17]) and Bowditch [5] have been implemented into the aforementioned software for comparing their outputs when analysing wave effect on navigation. Ship routing systems have become a key issue in recent years due to a global target focused in reducing costs and fuel emissions in Europe. In terms of time savings, the optimal ship routing analysis is investigated in a European short sea shipping system: the link between Spanish and Italian ports. As a first approach, the results show the discrepancies when using different calculation methodologies on ship routing in terms of time during energetic wave episodes. For a particular case, the rate of time savings may vary from 0.1% to more than 6% depending on the methodology applied. However, out of the three considered methods, Aertssen and Khokhlov ones give very similar results whereas Bowditch shows considerably higher values. This fact may lead to the conclusion that Bowditch approach may be too generalist to be applied to investigate the wave effect on navigation.
CitationBoren, C. [et al.]. Added resistance parametrizations due to waves in a weather ship routing system. A: International Conference of Maritime Science & Technology NAŠE MORE. "1st International Conference of Maritime Science & Technology NAŠE MORE 2019: conference proceedings: Dubrovnik, Croatia 17-18 October 2019". 2019, p. 50-59. ISBN 978-953-7153-52-6.
URIhttp://hdl.handle.net/2117/340736
DLCIP 580564063
ISBN978-953-7153-52-6
Collections
Share: