Impact of ocean heat transport on the Arctic sea-ice decline: a model study with EC-Earth3 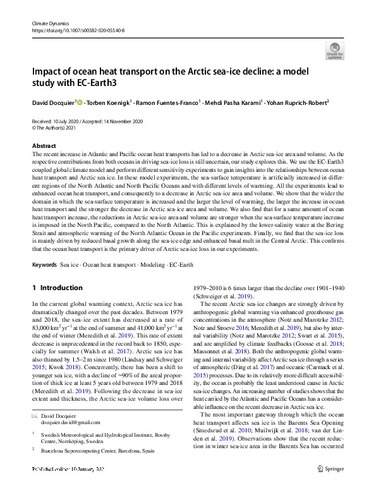