Towards supporting composability of directive-based programming models for heterogeneous computing 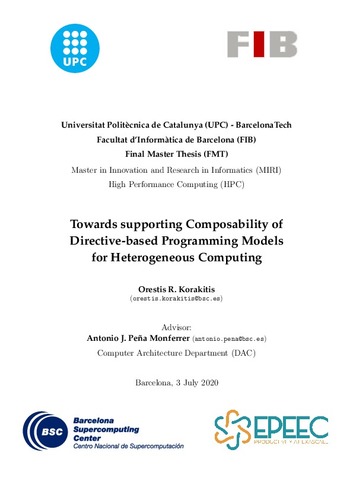