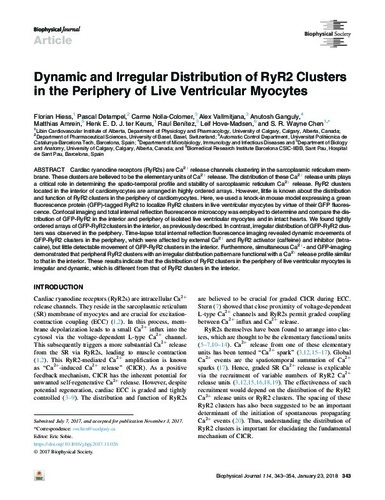 Dynamic and irregular distribution of RyR2 clusters in the periphery of live ventricular myocytes.pdf (3,362Mb)
Share: