On global location-domination in graphs 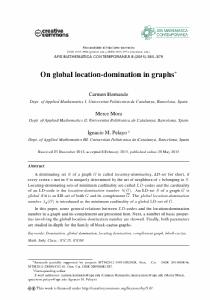