Bifurcation of relative equilibria of the (1+3)-body problem 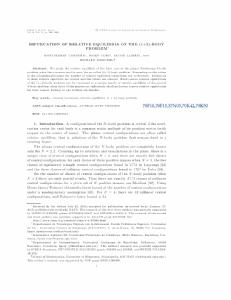