On the origin of high-field magnetic white dwarfs 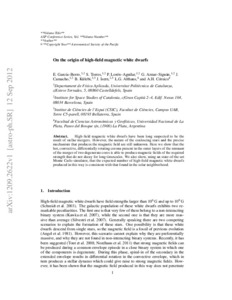 On the origin of high-ﬁeld magnetic white dwarfs (64,35Kb)
Share: