A breakdown of energy consumption in an underground station 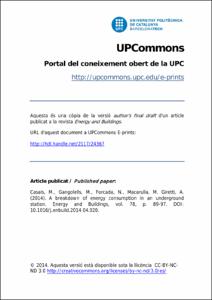