On left-truncating and mixing poisson distributions 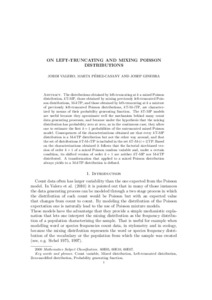