On the difficulities of real-time co-simulation 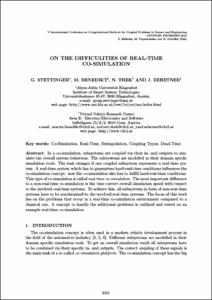