Reduction of the entrainment velocity by sedimentation in stratocumulus 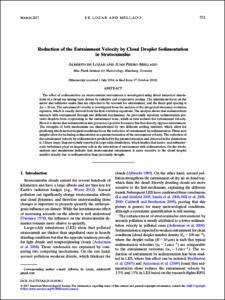