Influence of soil microstructure on air permeability in compacted clay 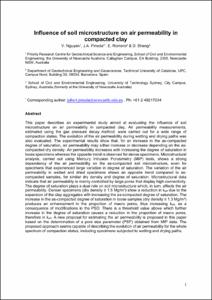