Communicating across generations: The Bsister language 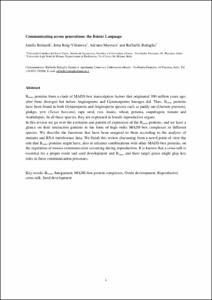