K-1,K-3-covering red and blue points in the plane 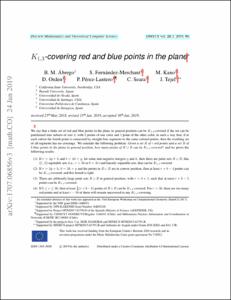