Air pollution and atherosclerosis: a cross-sectional analysis of four European cohort studies in the ESCAPE study 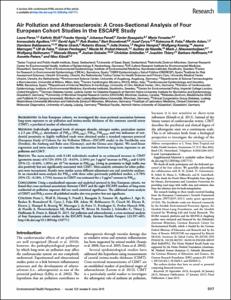