On dynamics and invariant sets in predator-prey maps 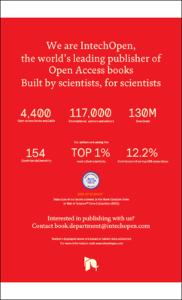 Alsedà, Lluís
Sardañés, Josep
Vidiella, Blai
Document typePart of book or chapter of book
Rights accessOpen Access
Abstract
A multitude of physical, chemical, or biological systems evolving in discrete time can be modelled and studied using difference equations (or iterative maps). Here we discuss local and global dynamics for a predator-prey two-dimensional map. The system displays an enormous richness of dynamics including extinctions, co- extinctions, and both ordered and chaotic coexistence. Interestingly, for some regions we have found the so-called hyperchaos, here given by two positive Lyapunov exponents. An important feature of biological dynamical systems, espe-cially in discrete time, is to know where the dynamics lives and asymptotically remains within the phase space, that is, which is the invariant set and how it evolves under parameter changes. We found that the invariant set for the predator-prey map is very sensitive to parameters, involving the presence of escaping regions for which the orbits go out of the domain of the system (the species overcome the carrying capacity) and then go to extinction in a very fast manner. This theoretical finding suggests a potential dynamical fragility by which unexpected and sharp extinctions may take place.
CitationLazaro, J. T. [et al.]. On dynamics and invariant sets in predator-prey maps. A: "Dynamical systems theory". 2019, p. 1-23.
URIhttp://hdl.handle.net/2117/174092
DOI10.5772/intechopen.89572
ISBN978-1-83880-230-1
Publisher versionhttps://www.intechopen.com/online-first/on-dynamics-and-invariant-sets-in-predator-prey-maps
Collections
Share: