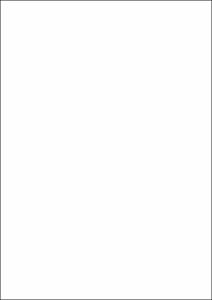 Morán, R.
Document typeResearch report
Rights accessOpen Access
All rights reserved. This work is protected by the corresponding intellectual and industrial property rights. Without prejudice to any existing legal exemptions, reproduction, distribution, public communication or transformation of this work are prohibited without permission of the copyright holder
Abstract
We present some developments in the Particle Finite Element Method (PFEM) for analysis of coupled problems in mechanics involving fluid-soil-structure interaction (FSSI). The PFEM uses an updated Lagrangian description to model the motion of material points in both the fluid and the solid domains (the later including soil/rocks and structures). A mesh connects the particles (nodes) defining the discretized domain where the governing equations for each of the constituent materials are solved as in the standard FEM. The procedure to model frictional contact conditions and material erosion at fluid-solid and solid-solid interfaces is described. We present several examples of application of the PFEM to solve FSSI problems such as the motion of rocks by water streams, the erosion of river beds, the stability of breakwaters and constructions under sea waves, the falling of landslides on houses and into a reservoir and the failure of rockfill dams in overspill situations.
CitationOñate, E. [et al.]. "Analysis of fluid soil-structure interaction problems with the particle finite element method (PFEM)". 2012.
Is part ofPI 374
URIhttp://hdl.handle.net/2117/172735
URL other repositoryhttps://www.scipedia.com/public/Onate_et_al_2012c
Collections
Share: