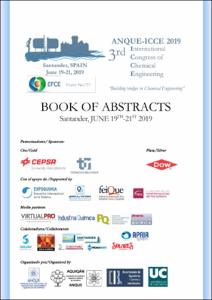 Document typeConference report
Rights accessOpen Access
European Commission's project4D-POLYSENSE - 4D-POLYpropylene meshes as SENsitive motion SEnsors (EC-H2020-796292)
Abstract
A staggering number of medical devices, including healthcare products for diagnosis and therapy, have exploited biomaterials as platform technologies. Rational biomaterials design requires to pay attention to both, materials and biological considerations. They can be employed to treat or replace any tissues or function of living tissues and to engineer systems that could control, for example, the drug delivery [1]. The term biomaterial includes metals and ceramics, but polymers account for the vast majority and, among them, polymer hydrogels represent one of the most promising groups. Hydrogels consist of three-dimensional crosslinked networks able to absorb large amounts of water while maintaining their dimensional stability, also capable to act as stimuli-responsive to external and internal triggers [1]. Regarding the biomedical applications, the development of new synthetic routes to reduce the toxicity of residual monomer and chemicals (e.g., initiators, surfactants, etc.) is required. Recently, a green and straightforward approach for the production of polymer nanogels, used as nanovectors to deliver drug molecules, based on the recourse to high energy irradiation of aqueous solutions of preformed polymers has been reported [2]. Pulsed electron beams are usedto induce the generation of free radicals directly onto the polymer chains, without any additional reagent [2]. With a similar purpose, electrochemical advanced oxidation technologies may offer an interesting approach. As recently shown, the obtention of a crosslinked poly(vinylpyrrolidone)(PVP) hydrogel by means of electrogenerated of hydroxyl radicals is feasible [3]. The sensitivity of hydrogels to different stimuli opens new horizons in the design of biomedical devices interacting with the human body. By coupling a hard polymer currently used in the biomedical field to soft and sensitive gels, new smart materials with better performance than the former can be produced. Poly-(N-isopropylacrylamide) (PNIPAAm)-based hydrogels are particularly and extensively investigated as thermal actuators due to its critical temperature (LCST) close to that of the human body (around 36.5–37.5 ºC). Thus, several applications are possible, from drug delivery to tissue engineering, followed by stem cells, microf uidic devices, biosensors, and bioimaging [4]. An overview of innovative synthetic routes for hydrogels synthesis, such as the one based on the employment of electrochemical technologies, will be given. Further, a very appealing new class of thermoresponsive surgical meshes acting as thermosensitive biomedical sensors, currently investigated within the framework of the 4D-POLYSENSE European project, will be presented
CitationLanzalaco, S.; Armelin, E. Polymer hydrogels: looking for green synthesis and bioengineering applications. A: 3rd ANQUE-ICCE International Congress of Chemical Engineering. "3rd ANQUE-ICCE International Congress of Chemical Engineering". 2019, p. 297.
URIhttp://hdl.handle.net/2117/168368
ISBN978-84-09-12430-5
Collections
Share: