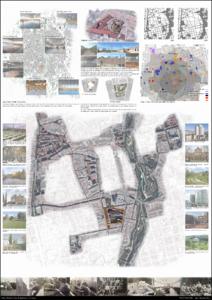 Document typeBachelor thesis
Rights accessOpen Access
Description
My project consists of the making a sports arena in the city of Terrassa, specifically in Sala & Badrinas industrial complex, and old textile factory, built by the end of the nineteenth century and the current status of the place it’s abandoned. The idea of projecting a sports arena in Terrassa, is because the city doesn't have a proper indoor sports center able to host an important sporting event, for example, the biggest place is Can Jofresa Sports Centre with a capacity of 600 people. The other places present a similar architecture (box-shaped) and similar capacity around 400 people. This building will have a capacity around 4.000 people. I chose this place because of to the location. Which is in a position equidistant from the interesting points of the city. One of the reasons that will explain the appearance of this building is mainly that that I want to differentiate this sports arena from the other sport centers of the city. I searched curved shapes mixed with straight forms, this fact will create inside the Sala & Badrinas complex a play on shapes that I think will be interesting because you can distinguish the old from the new. But at the same time, with the northern roof-lights the new building will remind us of the old industrial constructions of the industrial revolution. Inside, the different heights of trussed beams, will give us a different sensation, not experimented in any sports building in the city.
SubjectsStadiums, Estadis esportius
Location
1: Terrassa, Carrer de Vallparadís, 08223 Terrassa, Barcelona, Espanya
URIhttp://hdl.handle.net/2117/168132
Collections
Share: