The white dwarf luminosity function II. The efect of the measurement errors and other biases 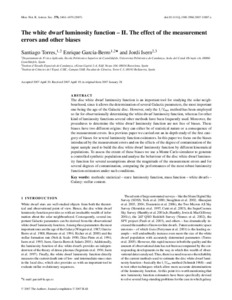