The white dwarf luminosity function – I. Statistical errors and alternatives 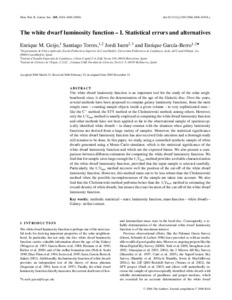