On assessing the viability of probabilistic scheduling with dependent tasks 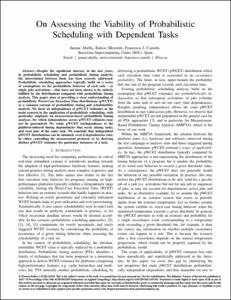