The cardiac ryanodine receptor, but not sarcoplasmic reticulum Ca2-ATPase, is a major determinant of Ca2 alternans in intact mouse hearts 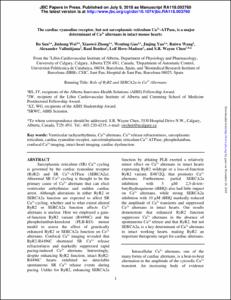