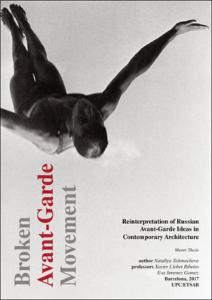 Document typeMaster thesis
Rights accessOpen Access
Abstract
In the modern architecture of Russia, there is a shortage of morphological ideas associated with the loss of identity. Is it possible to revive the architecture of the avant-garde of the 1920s in order to find a vector for the further development of the Russian architectural movement? The study was based on theoretical, analytical and comparative methods. A theoretical material was collected on the origins of the formation of avant-garde movement in the Soviet Union and the influence of art on the appearance and the development of style. Were analyzed the conditions in which the avant-garde movement was developed and was sharply broken. Also was implemented an analysis of the projects and constructed buildings of avant-garde masters and leading modern architects, whose projects remind of stylistic of the Soviet avant-garde architecture. The result of the study is the project of reconstruction of Paveletskaya Square in Moscow. During the development of the project, were used the concepts and ideas of the art and architecture of the Soviet avant-garde. The project proved that, being inspired by the creative potential of Russian architecture of a hundred years ago, it is possible to create a successful contemporary architectural ensemble in modern Moscow. Which will become a combination of the national heritage of the past and the possible vector of further development of the architecture of Russia.
SubjectsAvant-garde (Aesthetics) -- Soviet Union -- Moscow, Architecture -- Russia -- Moscow, Avantguarda (Estètica) -- Unió Soviètica -- Moscou, Arquitectura -- S XXI -- Rússia -- Moscou
DegreeMÀSTER UNIVERSITARI EN ESTUDIS AVANÇATS EN ARQUITECTURA-BARCELONA (Pla 2015)
Location
1: Dubininskaya Ulitsa, 3, Moskva, Rússia, 115054
URIhttp://hdl.handle.net/2117/124398
Collections
Share: