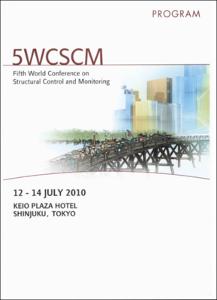 Except where otherwise noted, content on this work is licensed under a Creative Commons license : Attribution-NonCommercial-NoDerivs 3.0 Spain
Abstract
In initial studies, it has been shown that the combination of Principal Component Analysis (PCA) and the contribution plots of Q and T2-statistics can be considered an efficient technique to detect, distinguish and localize damages in structures that are equipped with several piezoelectric transducers (PZT’s). In those previous works, the specimen (aircraft turbine blade) was excited using just one of the set of PZT’s bounded on the surface. This paper studies the advantage of using the whole set of PZT’s as actuators as well as sensors. An active piezoelectric system is developed. At each phase of the diagnosis procedure, one PZT is used as actuator (a known electrical signal is applied) and the others are used as sensors (collecting the wave propagated through the structure at different points). A data-driven model for undamaged structure is built applying PCA to the data collected by several experiments. The current structure (damaged or not) is subjected to the same experiments, and the collected data are projected into the baseline PCA model. The indices Q, T2, ϕ and I determine whether the structure is healthy or not. In addition, the contribution of each sensor to these indices supplies information about the localization of the damage.
CitationMujica, L.; Tibaduiza, D.; Rodellar, J. Data-driven multiactuator piezoelectric system for structural damage localization. A: World Conference on Structural Control and Monitoring. "Fifth World Conference on Structural Control and Monitoring (5WCSCM): Tokyo, Japan: 12-14 july 2010". Shinjuku-Tokio: 2010, p. 1-13.
URIhttp://hdl.handle.net/2117/12279
Publisher versionhttp://www.bridge.t.u-tokyo.ac.jp/WCSCM5/
Collections
Share: