The stadium of Olympia : a dialogical composition 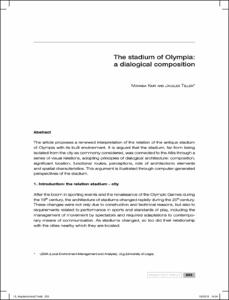