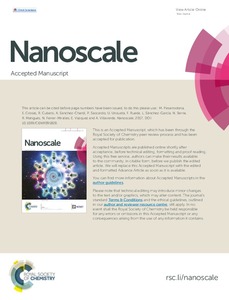 Vazquez, Esther
Villaverde, Antonio
et al., .
Document typeArticle
Rights accessOpen Access
Abstract
Self-assembling proteins are gaining attention as building blocks for application-tailored nanoscale materials. This is mostly due to the biocompatibility, biodegradability, and functional versatility of peptide chains. Such a potential for adaptability is particularly high in the case of recombinant proteins, which are produced in living cells and are suitable for genetic engineering. However, how the cell factory itself and the particular protein folding machinery influence the architecture and function of the final material is still poorly explored. In this study we have used diverse analytical approaches, including small-angle X-ray scattering (SAXS) and field emission scanning electron microscopy (FESEM) to determine the fine architecture and geometry of recombinant, tumor-targeted protein nanoparticles of interest as drug carriers, constructed on a GFP-based modular scheme. A set of related oligomers were produced in alternative Escherichia coli strains with variant protein folding networks. This resulted in highly regular populations of morphometric types, ranging from 2.4 to 28 nm and from spherical- to rod-shaped materials. These differential geometric species, whose relative proportions were determined by the features of the producing strain, were found associated with particular fluorescence emission, cell penetrability and receptor specificity profiles. Then, nanoparticles with optimal properties could be analytically identified and further isolated from producing cells for use. The cell’s protein folding machinery greatly modulates the final geometry reached by the constructs, which in turn defines the key parameters and biological performance of the material.
CitationPeasarrodona, M., Crosas, E., Cubarsi, R., Vazquez, E., Villaverde, A., E. A. Intrinsic functional and architectonic heterogeneity of tumor-targeted protein nanoparticles. "Nanoscale", Abril 2017, vol. 9, p. 6427-6435.
URIhttp://hdl.handle.net/2117/113321
DOI10.1039/c6nr09182b
ISSN2040-3364
Publisher versionhttp://pubs.rsc.org/en/content/articlelanding/2014/nr/c6nr09182b#!divAbstract
Collections
Share: