Meteodiversity Index during the 20 th century in Europe 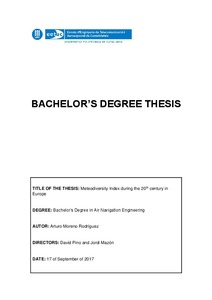