Thermodynamic and kinetic fragility of Freon 113: the most fragile plastic crystal 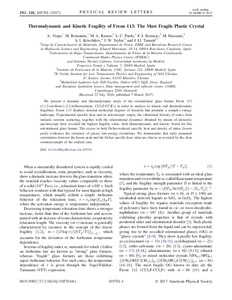