On the primary orbits of star maps 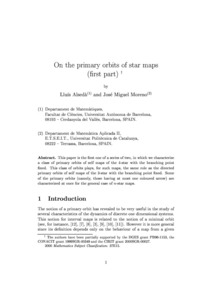