Object tracking in video with TensorFlow 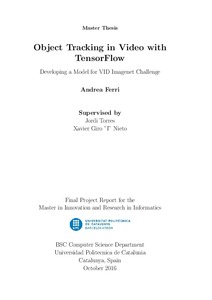