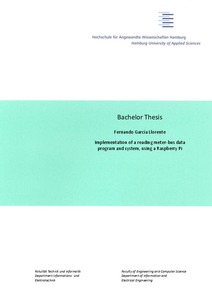 This thesis describes the first steps of the improvement of a heat transfer station in the CC4E building in Hamburg, in order to make this station a smarter station than it is. To achieve that improvement in this thesis, the station is made accessible from any part of the building using low cost components, while this is done using the same programming language that is already used by the engineers of the center, as well as a program that allows the maximum flexibility and manageability possible to achieve such an outcome. To achieve this flexibility and manageability using the same programming language, it's created an own whole Wrapper that englobes up to 5 different programming languages. Also, the hardware components are expensive, so a deep research in the functionality of the system is made to start developing an own hardware system that will allow to reduce the cost considerably. This thesis is also made as the first step of a further development, so another's future researchers of the C4DSI can continue improving the smart heat transfer station.
SubjectsRaspberry Pi (Computer), Raspberry Pi (Ordinador)
URIhttp://hdl.handle.net/2117/105928