PMut: a web-based tool for the annotation of pathological variants on proteins, 2017 update 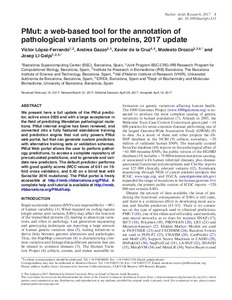 PMut a web-based tool for the annotation of.pdf (1,121Mb)
Share: