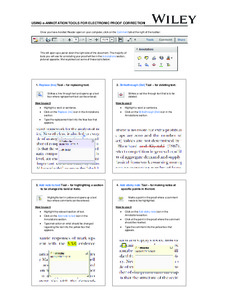 Document typeArticle
Rights accessOpen Access
Abstract
Resistant tomato cultivars are an important tool to control Meloidogyne spp., which cause the highest yield losses attributed to plant-parasitic nematodes. However, the repeated cultivation of Mi resistant cultivars can select virulent populations. In the present study, the susceptible tomato cv. Durinta and the resistant cv. Monika were cultivated from March to July in a plastic greenhouse for 3 years to determine the maximum multiplication rate, maximum nematode density, equilibrium density, relative susceptibility and population growth rate of M. incognita; these were used as proxy indicators of virulence and yield losses. The values of population dynamics and growth rate on the resistant tomato increased year by year and were higher when it was repeatedly cultivated in the same plot compared to when it was alternated with the susceptible cultivar and the level of resistance decreased from very to moderately resistant. The relationship between the nematode density at transplanting (Pi) and the relative yield of tomato fitted to the Seinhorst damage model for susceptible, but not resistant, cultivars. The tolerance limit and the relative minimum yield were 2–4 J2 per 250 cm3 of soil and 0.44–0.48, respectively. The tomato yield did not differ between cultivars at low Pi, but it did at higher Pi values, at which the resistant yielded 50% more than the susceptible. This study demonstrates the utility of population dynamics parameters for the early detection of selection for virulence in Meloidogyne spp., and that three consecutive years were not sufficient to select for a completely virulent population.
CitationGiné, A., Sorribas, F. Quantitative approach for the early detection of selection for virulence of Meloidogyne incognita on resistant tomato in plastic greenhouses. "Plant pathology", 1 Gener 2017.
URIhttp://hdl.handle.net/2117/102697
DOI10.1111/ppa.12679
ISSN0032-0862
Publisher versionhttp://onlinelibrary.wiley.com/doi/10.1111/ppa.12679/abstract
Collections
Share: