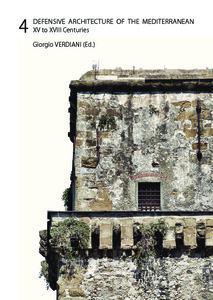 Document typeConference lecture
Rights accessOpen Access
Abstract
Montjuic sandstone (from the near hill south of the downtown Barcelona) has been dominant, and practically only source of rock starting in the foundation of Colonia Barcino (15-10 a.C.) under Augustus in roman times till the starting of XX century. The main features of this rock are a good to excellent cementation (essentialy by silica) and a prevalence of quartz and silica, secondarily feldspar clasts. The sorting is clasts in general very good, but from time to time conglomeratic sandstone was also carved to provide building blocks. This results in excellent mechanic properties and high resistance to decay. Last but not least, the porosity and permeability behavior provide optimal durability in the context of a Mediterranean climate. The roman, medieval and modern age walls of the city were built with this material, being the best preserved examples of fortifications some residual buildings of the Ciutadella Castle (erected after the 1714 Catalonian defeat), the medieval and postmedieval sector around the Drassanes (dockyards) and the Montjuic castle (a little fort built in 1640, then enlarged to fortified castle in two steps, first in 1694, then in 1751-1799), on the top of the hill providing the sandstone. The aim of this communication is to provide petrological and petrophysical data in order to characterize this type of material so important in the city of Barcelona.
Location
1: Parc de Montjuïc, Barcelona, Espanya
CitationNavarro Ezquerra, A., Gimeno, D. Montjuïc sandstone: petrophysical properties, decay and treatment. A: International Conference on Modern Age Fortifications of the Mediterranean Coast. Defensive architecture of the Mediterranean XV to XVIII centuries. "FORTMED 2016: Proceedings of the International Conference on Modern Age Fortifications of the Western Mediterranean coast : defensive architecture of the Mediterranean : XV to XVIII centuries, Vol. IV". Firenze: 2016, p. 243-248.
URIhttp://hdl.handle.net/2117/101485
ISBN9788896080603
Collections
Share: