The university of the 21st century: political and social trends of globalization – challenges for higher education 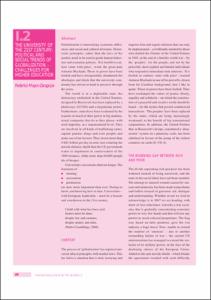 Show full item record
Mayor-Zaragoza, Federico
Document typeArticle
PublisherPalgrave MacMillan
Rights accessOpen Access
Abstract
Globalization is intensifying economic differences and social and cultural divisions. Democratic principles, rather than the laws of the market, need to be used to guide human behaviour and economic policies. ‘It is foolish to confuse value with price’, wrote the great poet Antonio Machado. Those in power have been foolish and have irresponsibly abandoned the ideologies and ideals that the university community has striven so hard to preserve through the years. The world is in a deplorable state: the democracy embodied in the United Nations, designed by Roosevelt, has been replaced by a plutocracy (G7/G8) and a hegemonic power. Furthermore, states have been weakened by the transfer of much of their power to big multinational companies that do as they please, with total impunity, at a supranational level. They are involved in all kinds of trafficking (arms, capital, patents, drugs and even people) and make use of tax havens. They invest more than US$3 billion per day in arms (not counting the missile defence shield that the US government wants to implement in contravention of the 1988 treaties), while more than 60,000 people die of hunger. Universities can remain silent no longer. The functions of training, assessmentand production are now more important than ever. Daring to know, and k nowing how to dare. Universities – with European leadership – must be a beacon and watchtower in the 21st century. "I hold with what has been said: Justice must be done, despite law and customs, despite money and alms".(Pedro Casaldáliga, 2006)
CitationHigher Education in the World 3: New Challenges and Emerging Roles for Human and Social Development
URIhttp://hdl.handle.net/2099/8113
ISBN0-230-00047-9
Collections
Share: