(Pure) logic out of probability 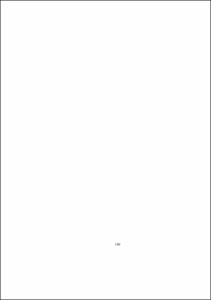 Document typeArticle
PublisherUniversitat Politècnica de Catalunya. Secció de Matemàtiques i Informàtica
Rights accessOpen Access
Abstract
Today, Logic and Probability are mostly seen as independent fields with a separate history and set of foundations. Against this dominating perception, only a very few people (Laplace, Boole, Peirce) have suspected there was some affinity or relation between them. The truth is they have a considerable common ground which underlies the historical foundation of both disciplines and, in this century, has prompted notable thinkers as Reichenbach [14], Carnap [2] [3] or Popper [12] [13] (and Gaifman [5], Scott & Krauss [21], Fenstad [4], Miller [10] [11], David Lewis [9], Stalnaker [22], Hintikka [7] or Suppes [23]) to consider connection-building treatments of Logic and Probability as desirable. Indeed such a line of thinking can be pursued (this author, for one, attempted it in [15-19]). In so doing, one straightforwardly obtains a logic based on ---as the simple unifying concept--- an additive non-functional truth valuation which, though technically indistinguishable from (axiomatic) Probability, can however be totally ``decontaminated" from parasitical probabilistic interpretations (such as the usual readings of ``event", ``probability" or ``conditioning") and be given instead a strictly logical reading and justification (in terms of ``sentence", ``truth" or ``relativity"). Once some deeply-ingrained reading habits are overcome, the required concepts and formulas flow easily, and the resulting assertion-based sentential calculus becomes a very natural extension of ordinary two-valued reasoning. Furthermore, in the process we get: (a) intuitive geometrical and information-related interpretations of the concepts, (b) a simple theoretical explanation for some poorly justified formulas (intermittently advanced by various authors, some mentioned above),and (c) a semantics ---and a proof theory--- for general assertions that is unproblematically derived and also fully consistent with empirical or ad hoc approximate-reasoning ``Bayesian" formulas found by Artificial Intelligence researchers.
URIhttp://hdl.handle.net/2099/2621
ISSN1134-5632
Collections
Share: